Thank you so much for your sweet, messages and emails about part one of this two-part series on our cruise! I’m so glad you enjoyed hearing all of our adventures, and I hope they gave you some ideas for places to go and things to do when you decide to head to that part of the world!

One of the reasons we decided to do a cruise to Greece (besides the fact that I’m a Mamma Mia superfan!????) is that we just love the color of the water. Honestly, the photos don’t do it justice! The ports that we saw in the latter part of our cruise were very Greek! There were lots of picturesque streets, white-washed houses, blue doors, and loads of blue water. It was everything you think that Greece is.

Chania is one of the oldest cities in Crete. It has preserved its traditional architecture and most of its monuments from Venetian and Turkish times. Although the central part of the Old Town has been inhabited since Neolithic times, the borders of the Old Town were heavily bombed in World War 2. Due to its strategic location, over the centuries, various civilizations have conquered and occupied Crete, and left their marks architecturally and culturally on Chania. Today it’s a fascinating mixture of the Eastern and Western civilizations that inhabited it over time. Always up for a walking tour, Bob and I were enthralled by the wide array of architecture and cultures that merged over time, making modern Chania what it is today. For some reason, we didn’t manage to get a good photo of what I wore as we explored the city, but we did snap a quick one with one of my favorite chef that night at dinner!

Santorini is one of the most scenically dramatic of all the Greek Islands. It’s the scene of one of the world’s most violent volcanic eruptions, and the capital city, Fira, is a stunning village built on top of the old volcanic crater. The white-washed villages of Santorini are built into the cliffs surrounding the impossibly blue Aegean Sea on the caldera, the ring formed when the center of the island basically collapsed into itself following a volcanic eruption 3500 years ago. The best views are from the cliffs bordering the caldera and there are stunning views around every corner! The photos you see in magazines and travel guides are amazing, but nearly impossible to snap in real life, because the angles and lighting have to be just right. (And I am so not a professional!)

For our excursion, we opted for a tour of Akrotiri, thought by many to be the legendary city of Atlantis. (Bob was all about this!) The city was destroyed by a volcanic eruption, and the volcanic ash preserved many of the buildings and frescos in the village. Following our tour of Akrotiri, we drove to the beautiful, whitewashed capital city of Fira, perched on the edge of a cliff that overlooks the bay. The bay is actually the world’s largest volcanic crater. (Bob was also all about this!) From that point, we decided to stop for lunch at a local taverna. It was an amazing meal! According to our server, volcanic ash from eruptions throughout antiquity have fertilized the island, so that the quality of produce in Santorini is truly exceptional. After lunch, we decided to explore the city, eventually making our way up to the highest point. I snapped a picture of Bob to send to the Orthopaedic surgeon who performed his hip replacement surgery in early March, just so we could thank him for what he made possible for us. ???? Once we made it to the highest point in the city, we couldn’t resist the photo ops! We probably had the easiest time selecting an excursion in Kusadasi than we did anywhere else! Why? We were all about seeing Ephesus! As Christians, we couldn’t resist the opportunity to see the ruins of the city that led the Apostle Paul to write the book of Ephesians in the New Testament. In fact, I’d been studying that book all summer in preparation for our visit!

The port town of Kusadasi is an adorable seaside town that features waterfront cafes, and an abundance of shopping. I wish I’d had more time to shop in this amazing place! (More on that later!) After docking, we headed out for Ephesus with Besim, our guide for the day. (More on him later too!) Ephesus is one of the best-preserved ancient cities in the world, and during our walking tour, we visited excavated sites like the Celsus Library, the public baths, and the 24,000 seat Grand Theater, where Paul preached. We also had the opportunity to visit the Terrace Houses, which were inhabited by Ephesus’ wealthiest residents.

After our fascinating tour of Ephesus, we headed back to Kusadasi for a carpet demonstration at Barok Carpet. WOW! We were completely, um, floored (sorry!), at the fine craftsmanship behind these beautiful carpets. If I’d had longer to spend in Kudashi, Bob would have returned home with a lighter wallet, lemme tell ya! If you visit and you’re interested in potentially purchasing a true masterpiece, Barok Carpet is the place to go! I can personally vouch for their quality, and they are some of the most hospitable people we’ve encountered on our travels. (For more information or to arrange a visit or a demonstration, contact them at [email protected].) I have to take a moment to tell you about Besim, our tour guide in Turkey! After having so many guides in so many different ports, we learned something: just as some of us are big-picture people, and some are more detail-oriented, tour guides tend to be the same way. Either they’re all about maps, dates, and big events, or they mention the dates once and share detailed anecdotes about the places you’re seeing and the people who lived there. The former are good, but can be dry and not much fun, while the latter tend to be entertaining but leave you scratching your head trying to put their stories into proper historical context. Besim Amado, our tour guide in Turkey, was hands-down the best guide we’ve ever had. He managed to strike the perfect balance between the big picture and the details. He was so good, in fact, that I asked him for his contact information so that I could pass it along to you! Turkey turned out to be one of our favorite ports of call, and a place we hope to revisit! If we do, Besim will be the guide we engage to show us this amazing country. (Contact him at [email protected].) He was truly outstanding!

Mykonos looks like a scene on a postcard: white houses with blue shutters, hot pink bougainvillea, and the blue harbor drenched in sunlight. There are 16th-century Venetian windmills that stand in a row, and the district of Little Venice right near the port. By nightfall, Mykonos is known as the party capital of Greece, and apparently, the hedonistic scene is not for the faint of heart. As daytime visitors, we took a walking tour along the maze-like cobblestone streets (which were originally designed to thwart pirate attacks) and took in the idyllic beauty of this charming town. The entire time we were cruising Greece, we had been absolutely dying to get into the impossibly gorgeous water! But we hadn’t had the time. Since Mykonos was our last port of call, we knew it was now or never! After a quick lunch on the ship, we grabbed our suits, caught the shuttle, and found a beach that we’d spotted on our walking tour earlier. We were so happy! My darling monogrammed coverup was gifted to me by Marley Lilly. I love the fact that it’s knit, so it feels more like a tee than a coverup. It also comes in white with multi-colored pom-poms (so cute!). We were so used to the 88-degree water in our pool at home, that the water felt cold—but so refreshing! We were so happy to finally be at the beach! Can I please tell you that this bikini top is the greatest? It’s by Spanx, and it’s designed like a bra, with a supportive underwire and adjustable, convertible straps. I’ve worn it all summer and paired it with all kinds of bottoms.

We were sad to disembark our ship, but I cannot tell you how excited we were to see Athens! We had reservations to stay at the Hotel Grande Bretagne, and had called ahead to have the concierge make reservations for a driver and a private guide to help us make the most of the one day we had to spend in this historic city. Our driver Nicolas and our guide Margarita met us at the port, and when they saw how much luggage we had, they suggested that we head to the hotel first to drop off our luggage. (Just so you know, they were completely unimpressed when I tried to explain my job and when I tried to blame you all for the fact that I brought so many clothes! ????)

After dropping our luggage, we headed straight to the Acropolis. Built on a limestone hill sometime around the fourth millennium, the Acropolis was an ancient city that still retains much of its original Classical architecture and temples, including the Parthenon. The Parthenon was built between 447 and 432 BC as a sacred temple for the goddess Athena. The entire complex of statues, temples, pillars, and structures is stunning. The sheer magnificence of it pretty much rendered me speechless. (And that’s, ahem, unusual, for me!) During the course of our day-long tour, we also saw the Ancient Agora (marketplace) the Plaka (a neighborhood near the Acropolis), the Erechtheion, the Temple of Hephaestus, the Areopagus, watched the Changing of the Guard at the Presidential Mansion (very cool!), and we ate a delicious lunch at one of our driver’s favorite neighborhood restaurants. Thank you so much for hanging in there with me! Even though this post was long, and I had to divide our cruise up into two posts just to cover all of our ports (You can read pt. one HERE.), there were so many details and photos that I had to leave out for the sake of space! Can you all handle one more cruise post? Next week I’ll be sharing advice and tips for cruising, and covering things like how not to gain weight on a cruise, and how to snag a spot at the Captain’s Table! I’ll also be sharing my cruising must-haves. Then we’ll get back to regular programming! ????

When I posted this photo on Instagram, I got lots of comments about the Sea-Bands I’m wearing! The truth is, I forgot I had them on! People wanted to know if they work. They do for me! I have a tendency to get motion sick, but the Mediterranean Sea is like glass and I didn’t need them the entire cruise. The only reason I’m wearing them is that we had to tender in from the ship that morning and things were a bit rocky on the little tender boat, so I slipped them onto my wrists. I’ll cover more about how to conquer seasickness ???? in my post next week. 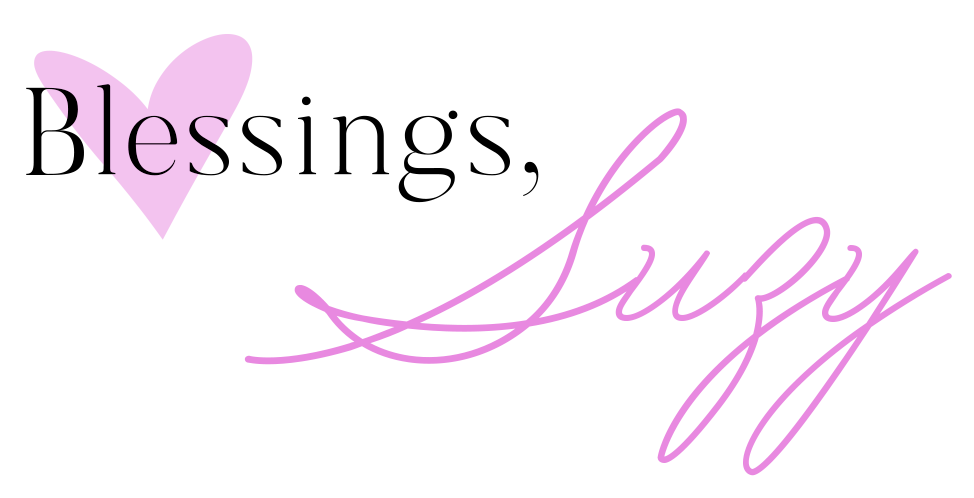 Cruising Greece (Pt. 1) | Where We Went, What We Did & What I Wore Splurge or Save? | Designer Knockoffs That Will Fool Everyone! 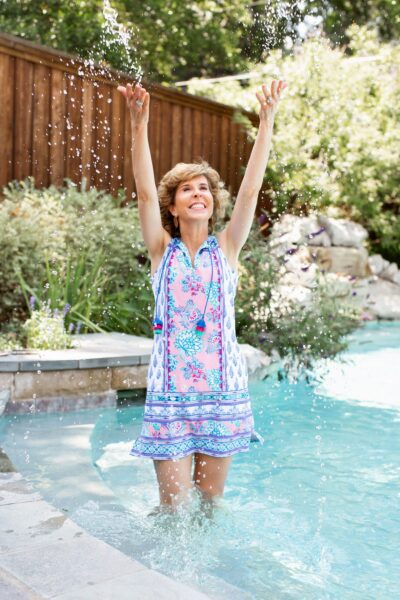 I’m so happy you’re here - and I don’t want you to miss a thing!